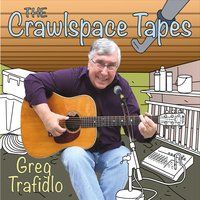 From the recording The Crawlspace Tapes

THE TUMBLER
Parody of "The Gambler" by Don Schlitz. Sony/ATV Crosskeys Publishing, ASCAP
Additional words by Greg Trafidlo and Neal Phillips (With Permission)

On a lukewarm summer’s evening, in a laundromat in Cleveland,
I met up with a stranger. We were both there doing sheets.
So we took turns a’ staring, as the washers started churning.
The boredom swirled around us, and he began to speak.
He said, “Son, I made a life out of reading people’s laundry,
Learning their life’s story, by the way they pour their Tide.
And if you don’t mind my saying, I can see you’re agitated.
For a cup of fabric softener, I’ll give you some advice.”

You’ve got to know how to load ‘em, know how to fold ‘em.
Know how to separate so the colors never run.
You always count your money when you’re standing at the changer.
‘Cause there ain’t no chance for refunds, when the cleaning’s done.

So I handed him my Downy, and he used up my last capful.
Then he bummed a static sheet and an extra hanger too.
Then his face turned whitest white, and his eyes looked unattended.
Said, “When it comes to love and socks, boy, the magic number’s two.”
And when he finished speaking, the dryer started squeaking.
He read a year-old People magazine and tumbled off to snooze.
But before his clothes were finished, his pilot light extinguished.
But in his final words of Cheer, I found All that I could use.